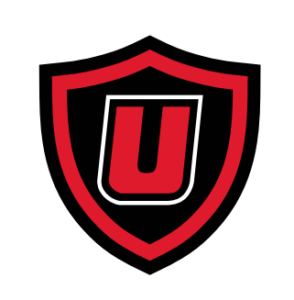 As Virus-Outbreaks and “Killer Hornet Invasions” dominate headlines, I find myself recalling some lessons learned in the early days of my pest control career.

A couple of decades ago, I was at the first of many Pest & Wildlife related training courses I would attend over the years. The subject of the afternoon session was ‘The Associated Risks of Wild Animals and Zoonotic Disease’. It was the type of class that had many of the attending Pest Professionals wondering if they had made the right career choice in life. One attendee actually walked out stating “I didn’t sign up for this sh**!”

The number of zoonotic and dangerous organisms that can be transferred by animals of all kinds is mind-blowing. Rabies, Lyme, Leptospirosis, Bordella, Histoplasmosis, Hantavirus and Parvo Virus are just a few of the more well-known zoonotic, but hundreds more exist and new ones are being discovered all the time.

As I sat and listened to Industry Experts discuss the common zoonotic diseases and how they are spread within a species and beyond, I came to some realizations. One of the first being that this career choice definitely had some built in job security.

One of the speakers from MassWildlife was explaining why it was illegal for Problem Animal Control Agents in Massachusetts to relocate captured animals to more rural, wooded areas of the state for release. “People don’t realize how easy it is for an infected animal to negatively impact whole populations of their own species as well as other species through the spread of zoonotic disease.” The speaker explained the dynamics of disease carriers and how some animals of the same species but in different geographic locations and populations have such varying degrees of immunity, tolerance and how diseases express themselves in different populations or environments. The more they spoke, the more I realized the challenges ahead.

In the years to follow, we saw White Nose Syndrome in Bats become a prime example. Bats in the caves of Europe and other parts of the world have been exposed to the virus for years, showing no symptoms or ill effects because of immunity they have built up over many generations. But bats in the U.S had never been exposed to the virus and suffered massive fatalities when the virus was introduced and spread through U.S bat colonies. Some Myotis species like the Little Brown Bat in Massachusetts were hit particularly hard. Little Brown Bats have seen more than a 95% population decline in some areas of the U.S since being exposed.

Throughout our history, people have had to deal with invasive species and their associated problems and diseases. From Species like English Sparrows, Starlings, Norway Rats and other flora and fauna invasions of generations past, to the more recent Bed Bug Epidemic, Brown Marmorated Stink Bug Invasion, Giant Asian Hornet sightings and viruses like this devastating Covid-19 disease. But there is one common denominator that exists in every single one of these events, and that is people.

Human behavior is always the primary cause and effect of these environmental shifts of balance and fittingly so right? Simply put, human beings have become the biggest infestation this world has ever seen. This current Covid Crisis may have been the wake-up call and hard-reset we needed as a species and an environment.

Our behavior as humans has gone off the rails in recent years. With the globalization of everything and the ease of world travel today, people were on planes, trains and cruise ships like never before. Everyone’s traveling at leisure around the globe unconscious to the potential consequences. On demand goods and services at the push of a button and overstuffed crates shipped in from all corners of the world, carrying the next wave of who knows what. Giant apartment complexes sprouting up in the suburbs like alien ant farms. Cars backed up for miles and miles on the highway while people crowd into buildings like rodents into burrows.

It’s time for us to take a step back and realize that we humans are infesting this planet like cockroaches in a dirty restaurant and nature is pushing back. The reason deadly diseases rip through overpopulated species and areas is because the spread of disease is one of nature’s primary defense mechanisms against animal infestations like us.